Top Software Testing Trends You Should Pay Attention To In 2021 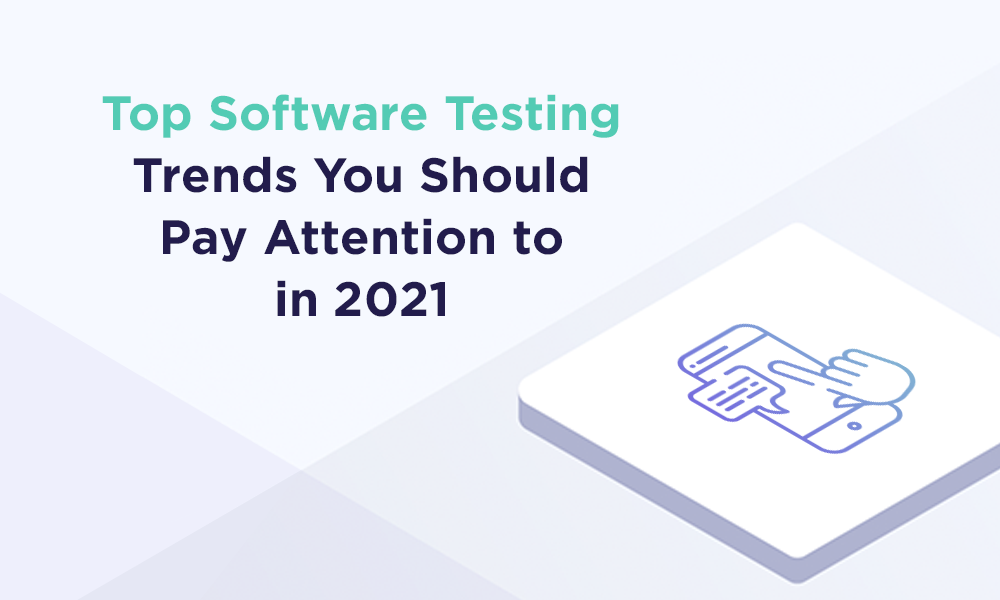 As one would expect, Covid-19 had a major influence on most of our business plans, many companies still dealing with the consequences of the pandemic. Re-gardless of the profession or market, numerous firms have closed and workers have lost their jobs. Some market leaders were able to keep their businesses going and continue to support their customers by implementing more effective solutions, as businesses depend on this kind of strategic thinking to remain afloat in the face of unprecedented circumstances and market uncertainty.

Although new vaccine developments have raised expectations of a pandemic re-bound later this year, renewed waves and new virus variants raise questions about the future. The global economy is expected to rise 5.5 percent in 2021 and 4.2 per-cent in 2022, despite extreme uncertainty. The forecast for 2021 is revised up 0.3 percentage point relative to the earlier estimate, owning to hopes of a vaccine-driven boost in production later in the year and increased policy support in a few major economies.

What Will the Software Testing Industry Require?

Software testing companies, like any other company or sector, must respond to market demands. It is fair to assume that they have developed considerably from manual testing to mostly automated testing methods. Together with current re-search methods, there are a couple of extra industry developments that will im-prove the lives of testers and testing companies in the market. For stronger market results in 2021, companies should implement or continue to pursue the following testing patterns:

Instead of wasting a lot of time preparing scripts, testers may use advanced soft-ware tools to automate test cases even if they don't know how to code. Reduced time spent by developers on repeated test cases, quick code verification by non-technical team members, and no need for programming or coding expertise are all advantages of codeless automation. Furthermore, codeless/scriptless testing tools allow testers with little to no experience to automate test cases easily through standardized tests.

Today, testers and QA leads are engaged in every stage of the SDLC, not just software testing. Instead of making the Quality Assurance team work separately, QAOps, which combines Quality Assurance and IT operations, collaborates with developers, testers, and operations by incorporating QA validations into the CI/CD pipeline. The QAOPs approach's efficiency in meeting deadlines faster than ever makes it a hot topic in 2021.

For years, this pair has been the main topic of conversation, and they are still recognized for their advancements in the field of software testing. AI and ML have transformed the software testing process into an efficient and self-driving task with the least amount of manual interference. The testing teams profit from this sophisticated pair of technology thanks to their particular advantages, which include the following:‍

- Predictive analytics - Predicts future problems and issues based on user behavior. This analysis gives research teams the ability to minimize risks well before the software is released.

- Bug tracking - The use of AI and machine learning in the test automation process would improve the accuracy of error detection and monitoring, allow-ing for earlier defect resolution.

Blockchain can benefit almost industry out there, and is nothing more than a shared database or platform for collecting and storing data, which also allows customers to conduct secure transactions. Although blockchain has experienced a rapid growth in recent years, and the number of organizations relying on it is rapidly increasing, the risk associated with it is still very significant. This is why testers and quality assurance teams must devise a blockchain testing plan that does not jeopardize the technology.

In the software testing industry, the use of Selenium, an open-source test automation tool, is not new. Selenium is more of a suite than a tool since it is a series of many testing tools that are primarily developed to satisfy the majority of test automation requirements. Its multifunctional capabilities, such as support for a variety of programming languages, operating systems, and cross-browser compatibility, are common among testers all over the world. Selenium 4 is set to be released with a slew of new features in the market, including relative locators, open-source Chromium driver support for Edge browser, selenium grid, and Docker support, to name a few.

Any company that wants to be competitive wants to deliver high-quality goods with minimal performance problems. Businesses are applying performance engineering techniques right from the development stage to achieve such scalable, robust, and seamlessly performing software. By implementing performance engineering from the beginning, testers and QA engineers may assess the performance of the soft-ware on the whole. As the number of DevOps teams in IT companies grows, testers and QA engineers must adjust Performance Engineering in order to provide the best possible user experience.

According to industry testing specialists, data breaches have increased in severity and frequency in recent months as cybercriminals take full advantage of Corona-virus uncertainty. Penetration testing, also known as Pentesting, is a form of security testing that relies on security flaws such as potential entry points. Organizations can offer stable apps to consumers by finding loopholes ahead of time. Pen-test can also be used to evaluate APIs, microservices, and backend apps. It is essential to prevent security vulnerabilities and allow organizations to concentrate on other core activities, as the need to reduce security issues is strong.

It is said that by 2026, the global mobile application market is estimated to be worth $407.31 billion. Every day, a significant number of smartphones are bought, indicating that the number of mobile applications used by consumers is enormous. This is why mobile app testing is now more relevant than it was previously. These applications must be checked on a variety of computers, browsers, and operating systems. Testers should build more agile and effective end-to-end testing methods to deal with the various apps possessing a variety of options and features. To en-sure that mobile applications run smoothly, testers and QA teams can conduct more and more rigorous tests using the best automation tools available, which can minimize testing time and the risk of human error during test execution.

Independent testing will undoubtedly grow in importance in the coming years, but it is better to concentrate on developing, testing, and producing stable, scalable, and seamless applications or products for our valuable clients. To be able to create such dependable deliverables, development and testing teams should adopt the above-mentioned testing patterns, which are most likely to yield favorable results.

Do you think we can support you in meeting your company’s needs? You are just one click away!