Block-ing Over the World: Real-life Use Cases of Blockchain for Supply Chain Management 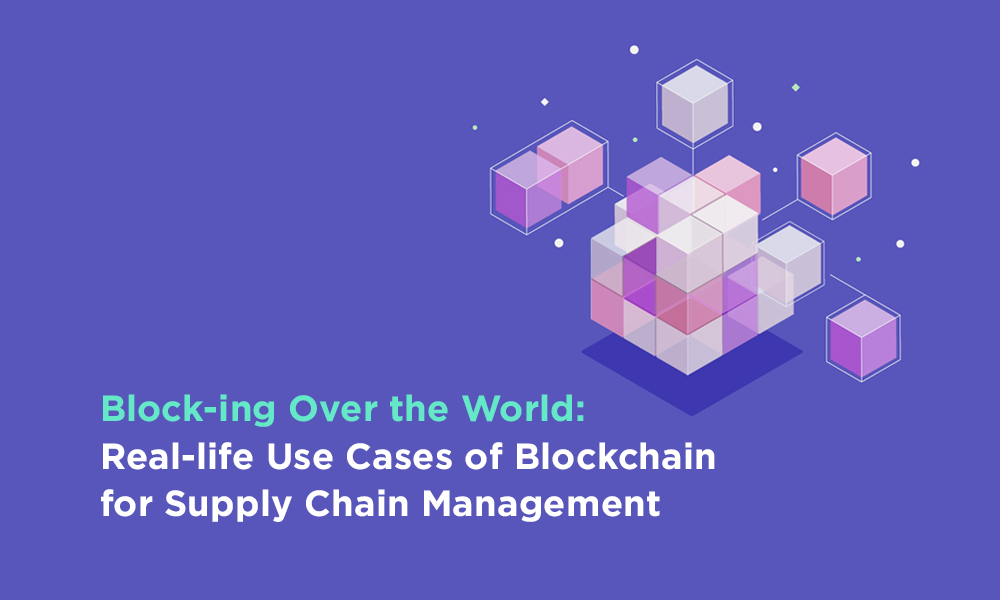 By 2026, it is now forecasted that the global blockchain supply chain industry will grow from its 2020 $253 million dollar market size to an estimated 3.272 billion dollars, meaning a 53.2% compounded annual growth rate (CAGR) during the period. These are staggering statistics. In comparison, Deloitte’s global forecast (2020) for the electric vehicle (EV) industry is a 29% CAGR across the next ten years...that’s nearly double the growth in half the time for the blockchain supply chain market!

You may be asking yourself: ‘what IS the blockchain supply chain industry? Or perhaps, which applications for blockchain have already been implemented in the world of supply chain management?’ Well, let’s take a look at some real-world use cases and see for ourselves.

One such use case of blockchain as an aid to supply chains occurs during the production and shipment of COVID vaccines worldwide. For anyone who has been reading the newspaper headlines recently, the topic of delayed shipments and discarded vaccines is not only a headache but a familiar notion and one which we have been hearing about a lot lately. The unfortunate reality is that roughly 20% of biopharmaceutical products are degraded during the shipping process according to the International Air Transport Association. This means that along the cycle of transport there are precious, lifesaving in this case, items being lost to the inaccuracies, mistakes and thieves of global supply chains. Beyond providing security and transparency for the data involved, blockchains have helped to make diagnostics easier and donations transparent as well as prevented the spread of false information and waste created from paper documents in old-fashioned paperwork trails. At their core, distributed ledgers with audible records can track nearly every asset in a supply chain, so it comes as no surprise that blockchains are immensely useful in the distribution of vaccines.

This success by blockchain, however, takes other forms. IBM and the Abu Dhabi National Oil Company (ADNOC) have also collaborated to launch a blockchain supply chain system pilot program. Their goal? To track the nearly 3 million barrels of oil produced each day on its passage from well to customer, simultaneously automating transactions along the way. While it may be too early to say, ADNOC expect to expand the use of blockchain to customers and investors, increasing transparency across their business practices. Upon fully implementing the technology, ADNOC will be able to fully track all oil produced, reducing both the time and costs associated with shipping.

Blockchain is also stopping the flow of blood diamonds, or conflict diamonds, that have been mined under violent circumstances or unsafe conditions. The sales of such diamonds – heavily produced across Africa - are used to aid military conflicts across the region. DeBeers, the world’s largest diamond producer, is on a mission to end its sales of blood diamond and have announced its first successful blockchain supply chain program. Tracr, the platform being used, will allow DeBeers to track 100 diamonds from mine to cutter to polisher to jeweller by uploading photos of each diamond’s progress to the blockchain in addition to information on its color, quality and location, most important of all.  If employed successfully, Tracr could end the sale of blood diamonds altogether.

By now, you may be noticing some trends: increased transparency, scalability and decline in corruption. These embody the central capabilities that a blockchain can offer when used appropriately. Beyond these, efficiency, automation and security are also added benefits. Blockchains may be a relatively new technology, but their functions are mounting in purposes served, most notably for uses in the supply chain industry.